Even Buddists get it 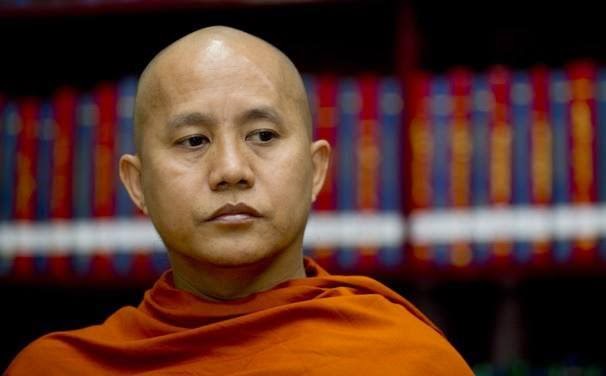 Muslims are not normal, they are not like other people.  They are satanic.
Ashin Wirathu


Buddhist Monk and Spiritual Leader
Posted by Hap at 9:40 AM No comments:

We are not at war with Islam - The Religion of Peace™ 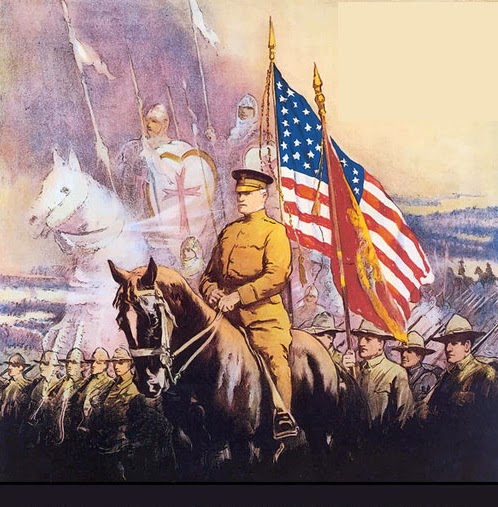 The Western World has been conditioned by humanists (that is to say people claiming to be atheists, who do the work of the Devil at best) that there is no God.  This started with “evolution”, a concept for which there is absolute ZERO evidence, one which contradicts all rules of science, nature, physics and the like, which is non-repeatable and in the end non-sensical.  But, once you buy into the idea that “life” came from mythical primordial soup, after a quick trip down the rabbit hole, you find that there is no God.  If there is not God, then our laws cannot draw from a Creator, but can then be given by GOVERNMENT.  Once you get to that point, you enable National Socialism or Communism, your choice.  Communism does not work at all, National Socialism works for those in the government, big business and selected union hierarchies.  Not so much for those of the scapegoat class.  One of the interim steps is the claim that all culture, all religion, all systems of government have a basis in truth and right, thus all are equal and all deserve respect.  Then, you must begin the destruction of the one true religion so as to get the masses in line with obedience to the government.  The government must be the final arbiter of what is right and what is wrong, otherwise they cannot change the standards at will.

This country alone was established on the Rule of Law, the Rule of Law which proceeded from our Creator.  Its source of authority was God, no one else.  Now we find “fairness” to be the source of right and wrong.  A word which does not show in the Bible once.  There is a reason, right and wrong are not subjective like fairness.  Murdering unborn children in the womb may be “fair” to the people for whom they are an inconvenience, but it is not right.

Now, back to those who follow Allah, through his “prophet” Mohamed.   We constantly hear Islam referred to as The Religion of Peace™ - the problem is that while there are earlier verses in the koran that support this concept, later ones do not.    Read the Koran / Quaran / Quoran, unlike the Bible, it conflicts with itself, but not really.  Its verses are time date stamped, later versions supersede earlier versions.  It changes at will.  The will of Allah.   Allah is not another name for God, it is another name for the Devil.  The problem is that Islam worships Allah. Allah’s kingdom is of this world and he lies to people. Surprise.  God is truth, God is never confusion, there are no conflicts with God.  God is Life and Love in perfection.  Allah is hate, death, confustion, torment and destruction.  Understand Allah is the Devil and see what people follow him.
The koran calls for world domination by Islam using forced conversion or death as a way to weed out “infidels.  Christians are commanded to spread the Word and if people do not want to hear or learn then they are to be left alone.  Islam calls for imposing the Will of Allah on all by whatever means necessary.  Islam only requires one to be what we would call honest and good to those of your own sect. The rest of humanity is to be used and abused, not to mention goats.  Did you ever wonder why it is the pedophilian, homosexual, rapists who are goat loving, sadistic, perverted, cowardly Baal loving homicidal maniacs who worship allah, which is another name for the Devil.
Christians look to death as a return to God, muslims look to death as glory and entertainment for “true believers.”

It is said there are good muslims and bad muslims.  Presumably by bad muslims, one means those who would attempt to murder us, rape, pillage and plunder, cut heads off, have sex with goats, that kind of thing.  Well, it is true there are good and bad muslims.  The bad ones are those who have read the Koran / Quaran / Quoran and are still muslims.  Good muslims are those who, well actually there are no good muslims except those without a heartbeat.  There are apostates claiming to be muslims, for the most part those are okay.  But, even with those, unless they are willing to stand with you against the others they are not good.  Islam is a religion that follows the Devil; for Allah is another name for the Devil.  Be not mistaken.

We hear that we are not at war with Islam.  Interesting, Islam is at war with us.  Unless we wake up, we will wake up dead.  The world must pray for God to raise up a leader from amongst the people who will lead them back to Him and be able to turn the people towards a new Crusade against evil.

My phone work up at 0100 this morning with the dreaded vertical bars failure: 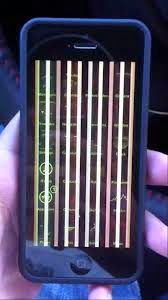 The only solution is replacement.

Not to worry, it was backed up minutes before.

Oh, the new phone assume the identity of the old one, but only some of the apps transfer back on and in different screens.

At the second sync the apps repopulate.  But, their data does not, so when I get in LTE tomorrow, I will download 16BG of maps.

No, I don't have enough drama in my life, Apple.  EPIC FAIL.

And, I am a major stockholder.  Just think how irritated I am at MY OWN COMPANY!

USAF Will Scrap, Not Mothball, the A-10

The Air Force isn't planning to mothball its 283 A-10s, but simply retire the type wholesale as part of the Fiscal 2015 budget request, service Secretary Deborah Lee James said Wednesday. James told a Bloomberg defense symposium in Washington, D.C., that "the idea…is to…retire them fully" rather than put the A-10s into Type 1000 storage—meaning they could be returned to operations if needed—at the Davis-Monthan AFB, Ariz., boneyard. However, she said the A-10s won't be retired all at once, but rather over several years. "The beginning years would tilt toward the Active component," and the Guard and Reserve A-10s would be the last to go, she said. James emphasized that the A-10 is not the only close air support platform in the Air Force, and that in Afghanistan, it has actually only performed 20 percent of the CAS mission. The rest has been done by AC-130s, F-15s, F-16s, B-52s, and B-1s; all of which will be retained. "We have got this," James said of the CAS mission, insisting the service won't let down its brethren in the other services. The F-35 also will eventually take over the CAS role, she said. Retiring the A-10s will save $3.5 billion over the future years defense plan, she said.
—John A. Tirpak

Notice, just like the F-4G Wild Weasel and the RF-4C Photo Phantom, the Air Force will intentionally scrap the A-10 so it cannot be used in the future.  This is done so that no one can ever question their wisdom.  It is also being done so that the aircraft cannot be re-cycled as firefighting airplane so that the government nepo-capitalists can help their buddies rip us off: http://www.aviationtrivia.info/A-10-Fire-Hog.php

What a sad day, however how so very expected.  When you want the very best for your country, look below O-6 level for help.
Posted by Hap at 10:52 AM No comments:

The question is, “Do the people currently inhabiting this land mass want to be citizens of the United States of America as it was formed or do they want to be subjects of the National Socialist State of America?”  Those in power at present are doing everything they can to make this country mirror the National Socialist paradise of 1930s Germany.  Like liberalism and communism, National Socialism is a superseding religion.  It nominally allows one to remain whatever they were, Christian, Jew, Ba’Hi, Hindu, you name it.  The problem is that you must adopt National Socialism’s standards and ideals where they conflict with your previous religion and ignore reality.
For me, Give me Liberty, or Give me Death.
For a noble death is the door to perfect freedom.
Posted by Hap at 7:23 PM No comments: 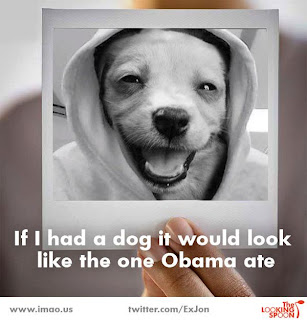 We have heard a lot in the past week about This Kind of American and That Kind of American.  There is only one American, they come in differing colors, shapes and sizes.  But, all Americans bleed the same red for their country.  Don't let anyone divide us.  E Pluribus Unum.  We are one, anyone who wants to have a qualifier is not an American.
Posted by Hap at 3:16 PM No comments:

Abortion as a means of reducing undesirables in United States 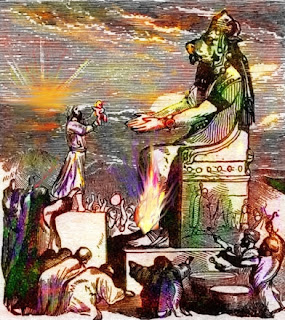 In 2011 160,000 women lost access to family planning services under Medicaid here - the number continues to grow.

The unplanned pregnancy birth rates have skyrocketed and continue to grow.

If the bill passes here 37 of 42 clinics will close and others will not have access due to the law if there is a hospital within 30 miles.

So if those numbers are equal will those 17million church goers pay the $35,000 to $50,000 annual for the growing incarceration due to unwanted births, and children without love in their life?

We also agreed that 70 percent of blacks are born without parents in wedlock. Who will adopt those unwanted black kids?- foster care -

I'm trying to figure out the republican agenda without any foresight of how to pay for it in future costs as well as the implications to society.  It's like the 99 weeks of unemployment - who thought that out as we continue to lose 30,000 manufacturing jobs per month- not much chance of re- employment is there?  No one is thinking anything through.

Response - The actual number of persons incarcerated in the United States appears to be about 2.3 Million or 1 in 142.  Most of these (probably 80 percent) are in for drug related offenses.  The average cost for each prisoner is $24,000.00
http://en.wikipedia.org/wiki/United_States_incarceration_rate

This was a Christian country.  It is now a pagan country actively worshipping Baal.  Rather than the Christian moral and work ethic, we:
·      Pay people not to work;
·      Pay people to have children out of wedlock;
·      Charge people more taxes if they are married than if they are single;
·      Encourage random out of wedlock sex without consequences;
·      Think people have a right to kill their babies because they are inconvenient;
·      Complain of low birth rate, while killing babies;
·      Encourage illegal immigration, while making legal immigration almost impossible;
·      Have 20 million people unemployed and the solution is to bring in another 25 million illegals and give them citizenship;
·      Enforce only those laws that the current administration finds convenient, while not repealing others;
·      Accept a police state far worse than anything the 1930s Nazis could imagine;
·      Give government union employees total control over our lives;
·      Let the legislatures abrogate their law making responsibility and give it to the bureaucracy;
·      Let the courts rule a dog's tail to be a leg;
·      Are ruled by the government.

All this since you and I have been born.  One generation, no more.

Do we need more gangbangers?  No, we have plenty already.  Is the solution killing babies?  Not for the country I want to live in.  Tell people they won't be paid to farm kids.  If they want welfare, the mom and dad will be sterilized.  Bet they figure out birth control quickly.

The only solution is to return to the country's foundation, a Back to Basics program.  We won't, of course.

The country is nigh on bankrupt.  States like California are well beyond. 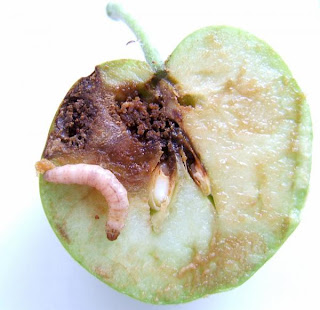 Just for the record:

I do not want EVER want apps and windows to re-open when I restart or shut down and start again.  NEVER EVER!

OSX has big issues!
Posted by Hap at 1:22 PM No comments:

Search the depths of Airpower